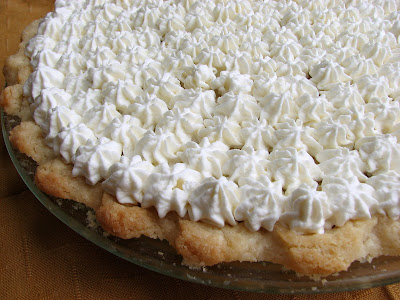 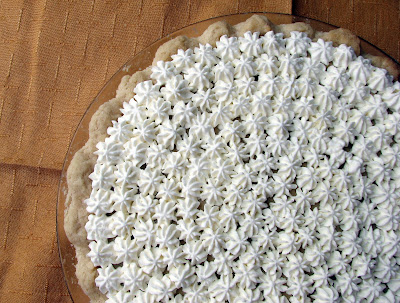 This week’s TWD was chosen by Amy of Sing for Your Supper: banana cream pie! I’ve actually never had banana cream pie before so I didn’t have any expectations for this week’s recipe. However, after I skimmed the recipe to check out the ingredients, I was pretty sure I’d like it. That said, the recipe also terrified me a bit and here’s why:

First, I have had the WORST luck with pastry cream. I’ve tried to make it at least three times previously and I’ve failed each and every one of those times. I always wind up with runny, thin pastry cream and no one wants that. So I did some research before I tried this week (mainly to figure out what temperature I should cook the pastry cream to because I’ve always struggled with “until it coats the back of a spoon”) and yay, it worked! I’ve always been afraid to cook the pastry cream too long for fear that I’d wind up with scrambled eggs, but Dorie’s recipe yielded a thick, velvety cream that both smelled and tasted amazing! The addition of the cinnamon and nutmeg really warmed it up and I love that she uses brown sugar instead of granulated. 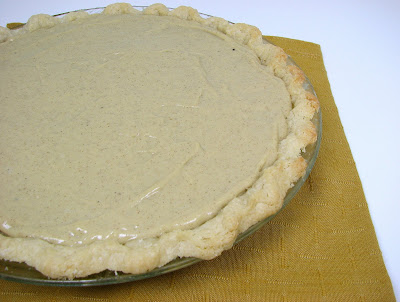 The second reason I was afraid of this recipe was because of the pie crust. I’m not at all confident in my pie crust making ability. Probably because I rarely practice and therefore I’m not very good at it. I briefly contemplated grabbing a box of the premade pie crusts you just roll out but that seemed to go against the spirit of the group so I made it from scratch. Everything was going terrific until I baked the crust. It shrunk a bit and seemed kind of greasy. I was careful not to stretch the dough as I put it in the pie plate so I’m not sure why it shrunk. At the end of the day it’s ok because I just covered the ugly parts of the crust with pastry cream and bananas 🙂 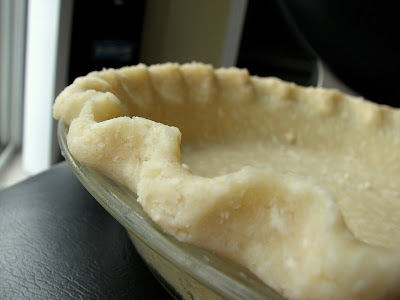 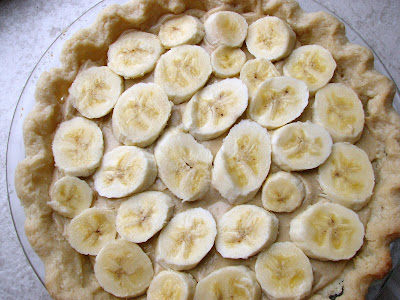 Like just about everything I bake, I passed this pie along for others to enjoy (hence the reason I don’t have any pics of a slice cut from the pie). Since I waited until the last minute to finish it up I don’t have any reports back yet on whether it was enjoyed. I feel pretty confident that it will be as I tasted all of the individual components and they were fabulous, including that homemade whipped cream, which is one of my favorite things to make (and eat straight from the KA mixer bowl!). Safe to say I’ll be making this one again for sure, perhaps around the holidays since the addition of the spices really made me think of fall/winter. 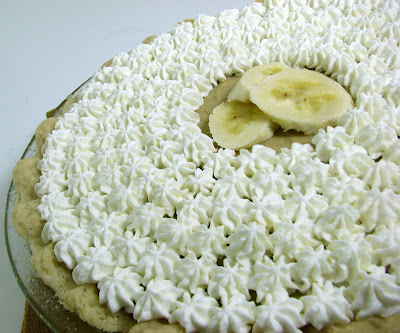 A big thanks to Amy for introducing me to banana cream pie 🙂 You’ll definitely want to give this one a shot! Pick up Dorie’s book so you can try all of her wonderful recipes or head over to Amy’s blog to find the banana cream pie recipe. 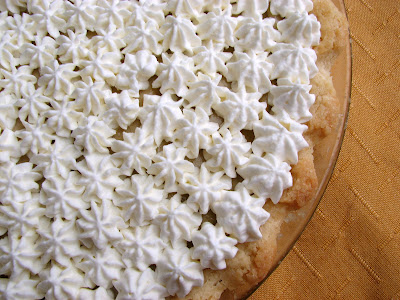