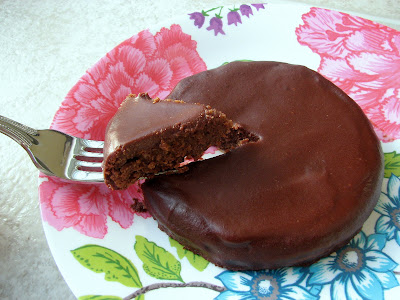 This week’s TWD was chosen by Holly of Phe/MOM/enon: the 15 minute chocolate amaretti torte! I had a couple of initial thoughts about this recipe. First, I was pumped that it was so easy to put together. It has very few ingredients: almonds, amaretti cookies, egg, sugar, butter and melted chocolate. The batter is thrown together in the food processor so it really can be in the oven within 15 minutes. My second thought about this recipe was that its timing was a bit unfortunate. Yesterday I posted about a decadent chocolate layer cake I made for the Sweet Melissa Sundays baking group this weekend. I’ve also eaten a fair amount of chocolate Easter candy so to say I’m a bit chocolated out would be an understatement. 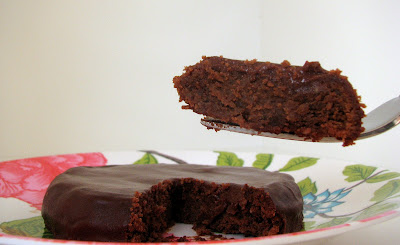 I had a bit of trouble finding amaretti cookies for this recipe. A few of the other TWD bakers made their own, but I just wasn’t up for that challenge on top of everything else I had going on. Fortunately, I discovered in our question and answer section that several people had found the cookies at Starbucks so I headed there and was able to secure a box. (I also snagged a bottle of Blue Cattle Truck Mexican vanilla at a major discount while I was out which I am SO excited to try!) 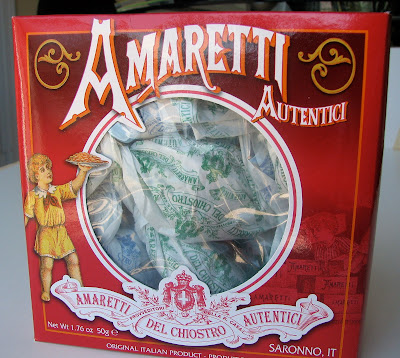 I chose to make 1/4 of the recipe and bake it in my 4-inch springform pan since we already had a ton of sweets sitting around. As you might imagine, 1/4 of the recipe was a very small amount of batter. Best part about that? I used my mini-prep instead of having to pull out my 14-cup food processor. As much as I love that thing, it takes up a ton of room in the dishwasher! My 4-inch cake took about 23-34 minutes to bake and as Dorie warned, it domed quite a bit in the oven. Not to worry, it deflated as it cooled and the final product was quite thin. Mine was also fairly misshapen, so I was glad to make the glaze to try to hide its flaws. 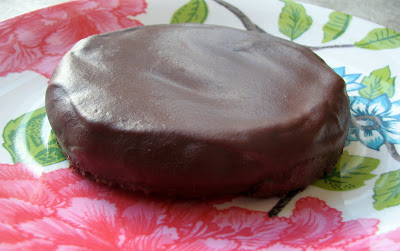 The verdict? Not my favorite Dorie recipe. It was just ok for me. Incredibly chocolaty desserts tend to be hit or miss for me. When they’re a miss it’s usually because they’re too rich and I think that was the case with this one. I did skip the whipped cream Dorie suggested serving with the torte and I suspect that was part of the problem. Some whipped cream or a nice scoop of vanilla ice cream may have been just what this torte needed!

Many thanks to Holly for a fun pick this week! Head over to her blog for the simple recipe for this torte! And, as always, check out our blogroll at TWD to see how everyone else fared!