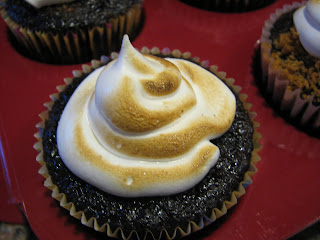 For the past month or so, I’ve been making Shane cupcakes to bring to work on Fridays. It’s a challenge to come up with new ideas every week, particularly because I’m somewhat limited by Shane’s picky palate. I always try to make something that will be enjoyed by not only his coworkers, but also by him! I wish I could remember where I first saw the idea for s’more cupcakes but my memory fails me. I do know that once I saw them, I started scouring the internet for a recipe that really spoke to me. The one I went with, from This Little Piggy, looked like a great recipe, with all of the components I wanted as well as step by step directions and photos. The recipe has a few components and does take some time, but each individual component is simple and very manageable. And I should add, well worth the effort! I think this is one of my favorite things that I’ve ever baked. I LOVED these! You can really taste each of the components and together, they combine to create a cupcake that really does taste like a s’more!

Just a quick note on the recipe: I wound up with more of everything than I needed from the graham cracker base to the cupcakes and the frosting. The worst offender was the cupcake batter. I filled all 24 muffin tins as well as a 4 inch springform pan and still had leftover batter. I’m wary to advise halving the recipe as that might not be enough to fill the tins, but be forewarned that you will have extra batter if you make the full recipe. The batter makes a delicious cake so next time I’ll just have a bigger cake pan ready to go so I can use all of that extra batter up!

S’more Cupcakes
from This Little Piggy

Combine the graham cracker crumbs and melted butter in a small bowl. Mix to ensure all graham cracker crumbs are moistened. Add about a teaspoon to a teaspoon and a half of the mixture into the bottom of each paper-lined cup. Pat the mixture down to form a “crust” (a shot glass is an excellent tool for pressing the crust in!). Top each crust with a bit of the chopped chocolate. 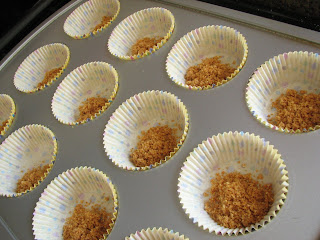 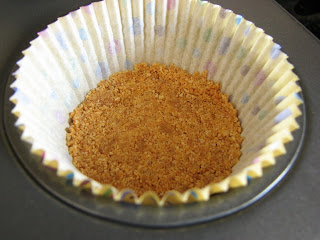 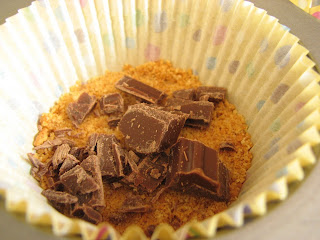 In a large bowl, combine flour, cocoa powder, sugar, baking soda, baking powder and salt. Whisk together. In a medium bowl, whisk together all of the wet ingredients (eggs, milk, vegetable oil, vanilla extract and water). Add the combined wet ingredients to the bowl of dry ingredients and stir to combine until smooth.

Top the graham cracker base and chopped chocolate with the cupcake batter. Fill each tin about three-quarters full. If you have graham cracker base remaining, sprinkle some over the top of each cupcake before they go in the oven. Bake for 15-20 minutes, or until a toothpick inserted in the center comes out clean and the tops spring back when touched. Cool completely on a wire rack before frosting. 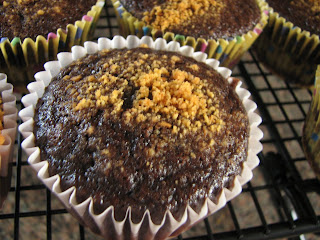 Marshmallow Frosting
from Baking: From My Home to Yours, by Dorie Greenspan

When the syrup is at about 235 F, begin beating the egg whites on medium speed with the whisk attachment or with a hand mixer. If the whites form firm, shiny peaks before the syrup reaches temperature, reduce the mixer speed to low and keep mixing the whites until the syrup catches up. With the mixer at medium speed, and standing back slightly, carefully pour the hot syrup between the beater(s) and the side of the bowl. Splatters are inevitable – don’t try to scrape them into the egg whites, just carry on. Add the vanilla extract and keep beating the whites at medium speed until they reach room temperature, about 5 minutes. You should have a smooth, shiny, marshmallowy frosting.

Although you could keep it in the fridge in a pinch, it’s really better to use it right away. Using a pastry bag or a ziploc bag with one corner cut off, pipe the marshmallow frosting onto the top of each cupcake. If desired, use a kitchen torch to brown the frosting a bit. Once the frosting sets, you’ll have a slightly crisp exterior with a soft, fluffy interior! 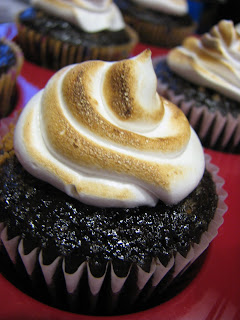