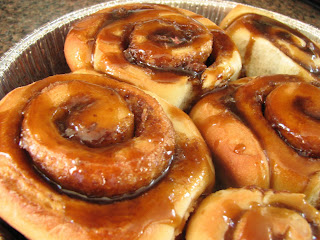 Last week I raved about the dinner rolls I made using a recipe from my December issue of Everyday Food. The same dough which is used to make those rolls can also be used to make cinnamon rolls! Once I knew how delicious the dinner rolls were (and how easy the dough was to work with), I knew I wanted to try the cinnamon rolls too. I decided to make them this weekend so Shane could have them for breakfast and I could drop some off at our friend’s house. I only made half of the recipe because I figured 12 of these cinnamon rolls were more than enough for us and our friends. I also omitted the nuts since we don’t really like them but otherwise, I followed the recipe to the letter. I’ve never seen a cinnamon roll recipe that includes chocolate chips in the filling but I liked the idea. I think the chocolate adds another unexpected dimension to the flavor. These rolls were just as easy to make as the dinner rolls and turned out just as well! They have a brown sugar glaze as opposed to the typical confectioners’ sugar glaze you see on cinnamon rolls but it’s wonderful. I wish we had more room in our freezer so I could have made the other half of the recipe and stuck them in there for another time! 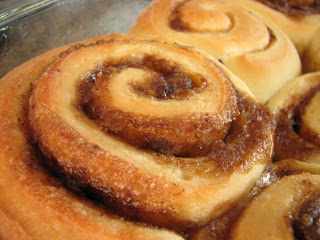 Divide dough in half. Working with one half at a time (keep the other half covered with plastic wrap), roll dough out to a 16-by-10-inch rectangle on a lightly floured work surface. Spread 4 tablespoons butter over dough, leaving a 1/2-inch border all around. Sprinkle half the nut mixture over butter. Leave a border around the filling so it doesn’t seep.

Starting at a long end, roll up dough like a jellyroll; with a sharp knife, cut crosswise into 12 equal pieces.

Place buns, cut side down, in prepared pans. Cover pans loosely with plastic; let stand in a warm spot until doubled in size, about 1 1/4 hours. (Alternatively, after shaping the rolls you can freeze them. You’ll want to add 2 hours to the second rise (for a total of 3 1/4 hours) if the rolls are frozen.) 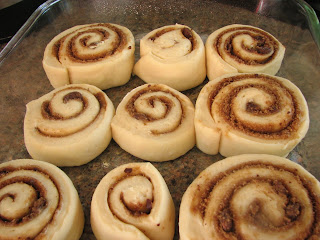 Preheat oven to 375 degrees, with racks in upper and lower thirds. Bake buns until golden brown, 25 to 30 minutes, rotating pans back to front and top to bottom halfway through. Let cool 15 minutes. 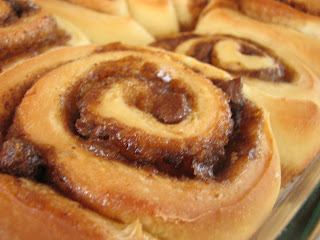 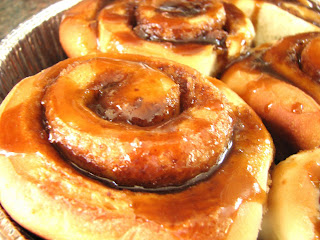