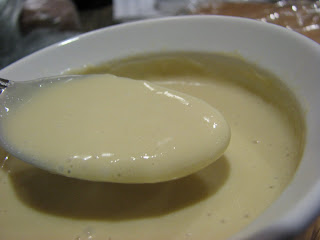 We were given some leeway with the recipes for December since it’s such a busy month for everyone. This butterscotch pudding was actually last week’s recipe but I didn’t get a chance to make it until this weekend. The final recipe for December is a cheesecake and I’ll be posting that on Wednesday!

The butterscotch pudding was chosen by Donna of Spatulas, Corkscrews & Suitcases. I can’t recall having ever tasted butterscotch pudding so I was a bit intrigued by this recipe. That said, I have tasted other butterscotch flavored treats and generally haven’t liked them so I didn’t expect this to be my thing. A number of the TWD bakers had trouble finding a small bottle of decent scotch for the recipe but fortunately for me, Shane had a nice bottle of single malt scotch on hand so I didn’t have to go out and purchase any. 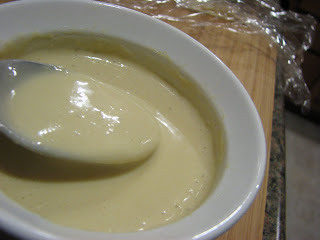 This week I was reminded how easy pudding is to make yet how many dirty dishes it creates. I made only a third of this recipe to avoid wasting an entire batch if no one liked it. That wound up being a great call. Even the scotch drinker in our house wasn’t a fan of this pudding. For me, the alcohol overwhelmed the pudding entirely. I really wanted to like it but I couldn’t get past all that scotch!

Thanks to Donna for her pick! I’m glad I tried the pudding even if it wasn’t a hit in my house. The recipe can be found on her blog if you’re interested. Come back tomorrow to see how the cheesecake turned out!