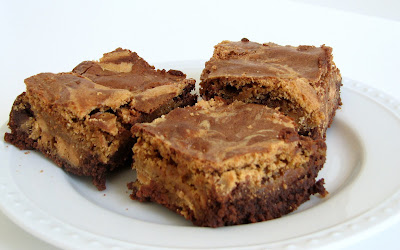 This week’s TWD was chosen by Beth of Supplicious: chipster-topped brownies! The idea behind the recipe is to top brownies with a layer of chocolate chip cookie dough – yum! I’ve actually had my eye on this recipe for a while as it combines two delicious treats. Also, it reminds me of Ben & Jerry’s Half-Baked ice cream, which Shane and I both really enjoy! 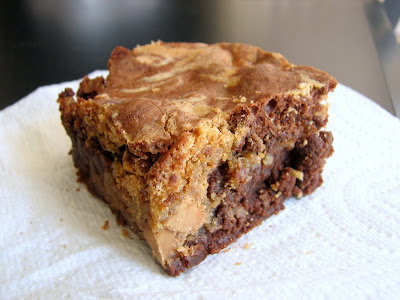 I struggled a bit with whether to halve the recipe or make the whole thing. This recipe involves A LOT of butter and chocolate but I figured I’d just send them to work with Shane so all that temptation wouldn’t be sitting around the house. I subbed peanut butter chips for chocolate chips in the cookie dough because I’m a bit of a sucker for chocolate and peanut butter together. Otherwise, I followed the recipe as written. 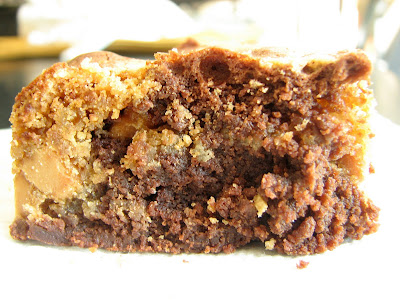 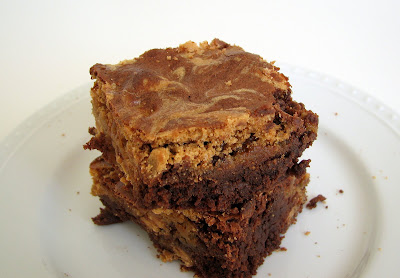 The verdict? My chipster-topped brownies tasted like peanut butter brownies. I didn’t have the cookie dough layer on top and I didn’t think the brownies had a distinct cookie flavor. They were good, but I don’t think I’d make them again. It would be much easier to just make brownies and mix in some peanut butter chips! Thanks to Beth for letting me finally try this recipe! You can find the recipe on her blog. You can also see the other chipster-topped brownies by visiting the TWD blogroll – I promise some of the other bakers actually have distinct brownie/cookie layers!