This is the story of two baking adventures that took place in my kitchen this morning. Shane went out for a few hours and I wanted to take the opportunity to make this week’s Sweet Melissa Sundays recipe as well as try out my new mini bundt pan and use up some leftover egg whites by making white cake. One of those baking adventures yielded a really delicious, pretty dessert: 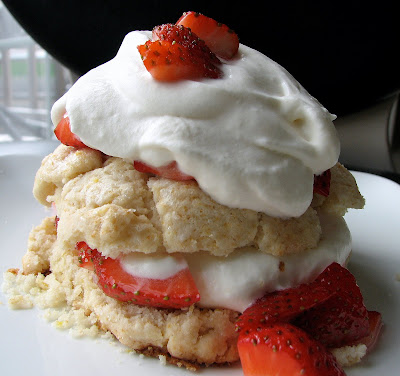 and the other one…..well, let’s just say it didn’t go so well. More on that in a bit. But first, this week’s Sweet Melissa Sundays, as you can see, was strawberry shortcake and was selected by Wendy of Pink Stripes. Wendy makes some really amazing things in her kitchen (homemade croissants and danish are a few of my favorites!) so be sure to check out her blog.

I decided to make only a quarter of the recipe this week since I love strawberry shortcake and I didn’t want to have 6 shortcakes in the house tempting me. Quartering the recipe yielded one giant shortcake, which was just enough. The only problem I ran into with the recipe was in making the shortcake. My dough was REALLY crumbly and I had trouble getting it to come together before sticking it in the oven. I was wary of adding too much cream and I didn’t want to overwork the dough so I just kind of pieced it together and hoped for the best. It was definitely still crumbly after it baked but it was amazingly delicious so I didn’t mind. 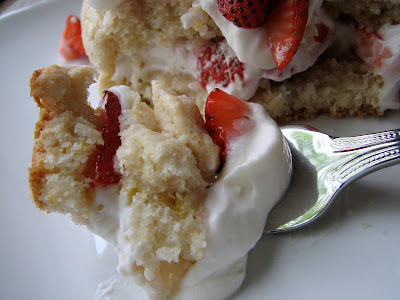 As delicious as the shortcake was, the macerated strawberries were my absolute favorite. I could have just eaten those and been happy this week. The strawberries piled on top of the shortcake and topped with a dollop of whipped cream were out of this world. I don’t think I’ve ever made strawberry shortcake at home so this was a real treat! I’m so glad we made the recipe right before strawberry season rolled around. Now, when strawberries start popping up all over the place I’ll know exactly what I want to do with them! 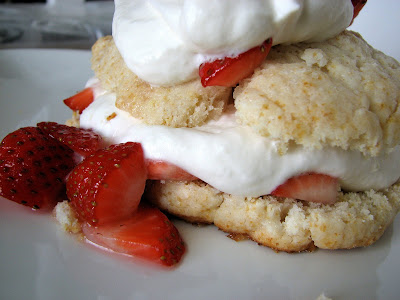 Many, many thanks to Wendy for this week’s recipe, which will be posted on her blog. You can also see how the other bakers fared this week by visiting the Sweet Melissa Sundays site.

And now, back to my second baking adventure of the morning. Behold – this is what happens when you overfill your mini bundt pan: 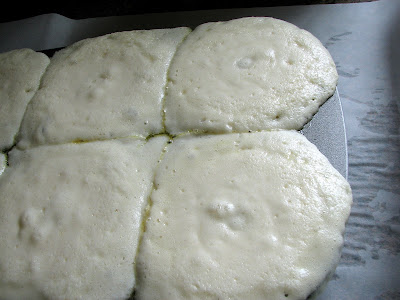 And after it had cooled and settled a bit: 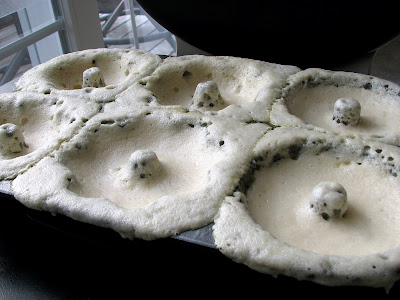 I didn’t get a photo of the inside of my oven, but I think you can imagine what it might look like. I pulled these out of the oven before they could make too much of a mess but it still wasn’t pretty. I yearned for this mini bundt pan for months and finally found it at a Williams Sonoma outlet. I just so happened to have a gift card so I snatched up the pan and brought it home. It’s taken me weeks to figure out what to make but I finally settled on white cake (mainly because I had so many egg whites left over after making too many custards for TWD in the past few weeks). I was so looking forward to posting about some cute mini bundt cakes today but it just wasn’t meant to be.

Fortunately, it wasn’t a total loss. I had some leftover batter after I filled the mini bundt pans so I decided to use the remainder to make cupcakes. Thankfully, they baked up without issue. I was too lazy to make frosting to go with them, so I used my leftover macerated strawberries and whipped cream to create more strawberry shortcake. The white cupcakes (I tried a Cooks Illustrated recipe which can be found here) were very moist and quite sweet and I’ll definitely make them again. When it comes to strawberry shortcake, though, I think I’ll stick with shortcakes and not cupcakes 🙂 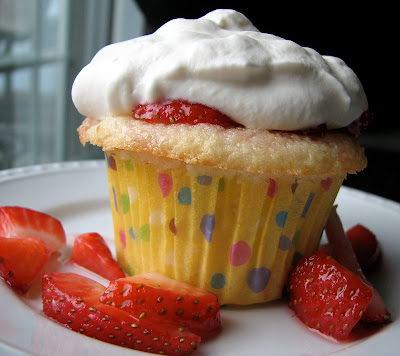